We are closing in… less than three weeks until you all join us for this magical musical! We know all of you future audience members are as excited as the cast and crew, but in order to take your enthusiasm to the max, we thought we’d share some awesome trivia about this fantastic show!

Stephen Schwartz started writing Pippin when he was in college. If his name doesn’t ring a bell, perhaps some of his other works will. Schwartz collaborated with Alan Menken on the soundtracks for Pocahontas and The Hunchback of Notre Dame, and wrote the music and lyrics for The Prince of Egypt and, of course, Wicked!

Pippin’s soundtrack is a unique mix of classic Broadway showtunes and modern, pop and folk style songs. Pippin truly paved the way for the modern Broadway musical. Seeking a funky edge, the original soundtrack was produced by Motown Records. Check out this wild rendition of “Corner of the Sky” by the Jackson 5!

Bob Fosse was Pippin’s original director and choreographer. Fosse holds the record for most Best Choreography Tony wins, with a total of 8!

Fosse is famous for his unique style and use of props with his dancers, such as hats. Did you know that Fosse’s trademark usage of hats on his dancers may have been due to his own self-concsiousness at being bald?According to Martin Gottfried in his biography of Fosse, “His baldness was the reason that he wore hats, and was doubtless why he put hats on his dancers.”

In Pippin, the role of The Leading Player does not have a defined gender. Ben Vereen originated the role in 1972, and Patina Miller portrayed her in the 2013 revival. Both Vereen and Miller won Tonys for their performances, making them the first two actors of different sexes to win a Tony for the same role.

You all should be looking forward to Rebecca Sykes’, our Leading Player’s intoxicating performance. Did you know that when Ben Vereen auditioned for Pippin he so wowed the team that they created the role especially for him out of what were previously two smaller, less important roles?

The role of Pippin is traditionally played barefoot. This is because John Rubinstein, the original actor playing the role could not find a pair of comfortable shoes. Fed up one night, he decided to go onstage barefoot, and Fosse loved it! 3. For John Rubinstein, this show came full circle. In the 2013 revival, the original Pippin went on to play King Charlemagne. 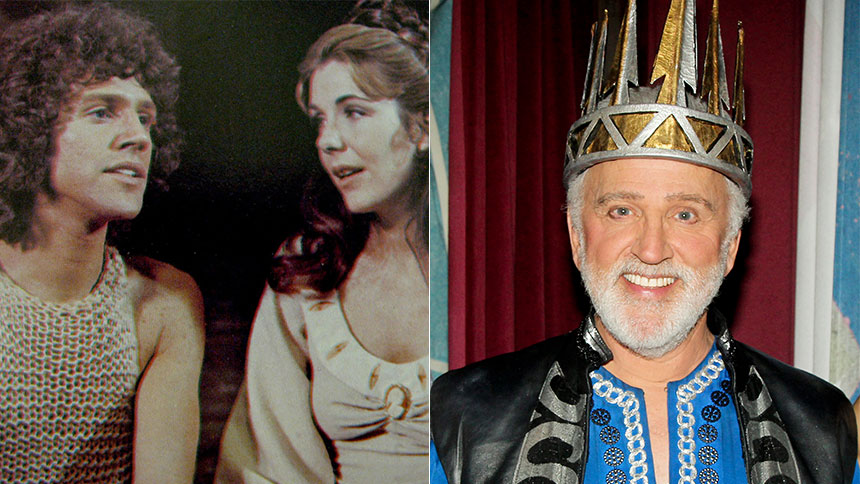 Most of the promotion of Pippin’s original production was done via radio commercials, and through the release of “Corner of the Sky” as a chart-topping single. However, did you know that Pippin was also the first broadway show to release a television advertisement containing scenes from onstage?

The original broadway production of Pippin ran from 1972 through 1977 with a total of 1,944 performances! In contrast, our Jerusalem performance will have a modest run of seven shows. As Berthe sings, “it’s time to start living!” Order your tickets now!

← פיפן המחזמר מגיע לירושלים: כל המידע בעברית What is Pippin about, anyway? →
Welcome to the Starcatcher blog! Read all about our shows, actors, audition tips and more...