The talented performers who will bring this amazing event to Jerusalem in three months. See who they are and who they are playing right here. And a huge thanks to Ita Arbit for the group photo and headshots. 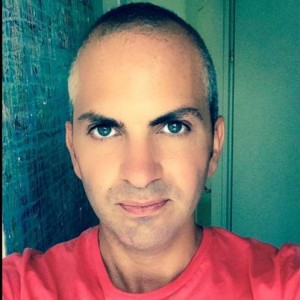 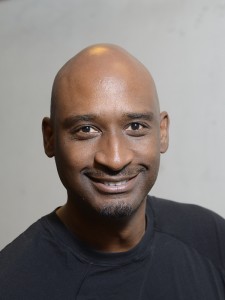 is ecstatic to be able to take time from recording his debut album of jazz standards “Somewhere Along The Way” to play the role of Benjamin (Benny) Coffin III.  Selected credits include Concert version of RENT, (English On Stage), Tel Aviv based cabaret act Showstoppers, A Chorus Line as Richie Walters (Starcatcher/Encore), Little Shop of Horrors as Audrey II (Starcatcher/JEST), Hairspray as Seaweed J. Stubbs (Encore) and Rent in the ensemble and the understudy for Tom Collins (Orpheus). “Forget regret, or life is yours to miss…” 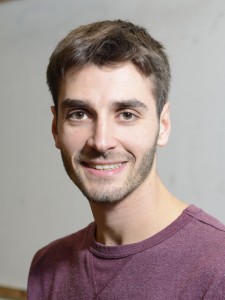 is a student at Shalem College majoring in Philosophy and Jewish Thought. Born and raised in Baltimore, Hayim has been a singer/songwriter since middle school. He is making his musical theater debut as Angel in Starcatcher’s production of Rent; an opportunity that for him has been nothing short of fantabulous! 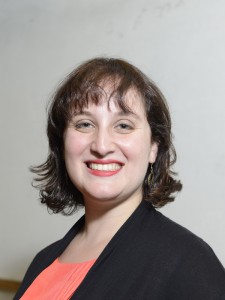 is thrilled to make her Jerusalem debut with Starcatcher’s Rent! She recently received a BA in Theatre for Social Change from Brandeis University and is currently working on various community theatre projects in Jerusalem.  Her past roles include the Witch (Into the Woods) and Catherine (Pippin), among others. She wishes to thank her husband, Louis, for his never ending support. 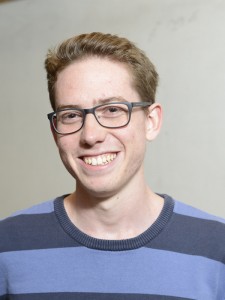 has been playing Mark since he saw RENT when he was 15. He’s grateful for the chance to do it in front of an audience instead of a mirror. He has acted in 7 shows in Jerusalem (Including Korczak’s Children, 13 and The Winslow Boy) and is a proud member of Heartbeat, an Israeli-Palestinian program promoting dialogue and acceptance through music. 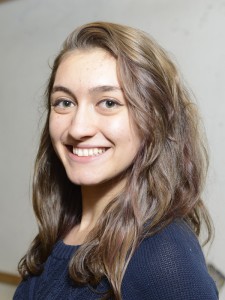 is 17 years old, has homeschooled all her life, and is now studying anthropology and history at the Open University. Rebecca has been dancing ballet since she was 6, along with playing the violin and clarinet. Her previous musical theatre experience includes A Chorus Line last March, and recently Beit Hillel’s Beauty and the Beast. She can’t wait to be a part of this awesome show! 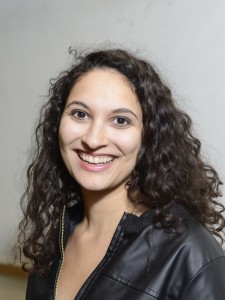 Is 22 years old, from California and is studying for her M.A. in Israeli Politics and Society at Hebrew University.  She’s been singing and dancing since childhood, most recently in Jerusalem as Katie in Second Star to the Left and Val Clark in A Chorus Line. Viva la vie boheme! 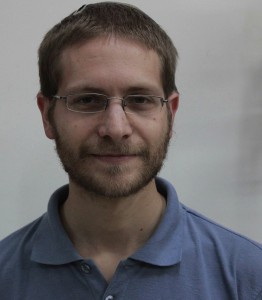 joined Jerusalem’s community theatre community in 2011 and has been hooked ever since. He’s participated in 5 shows, including Little Shop of Horrors (Starcatcher and Jest), and most recently, A Chorus Line (Starcatcher and Encore!). Rent was his eye-opener to the world of musical theatre, and he’s very excited to be a part of it with such a wonderful group of people. 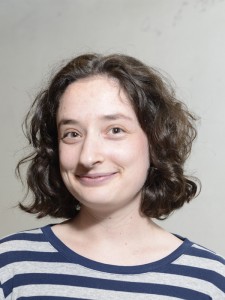 is thrilled to be onstage again, this time in a show that she has been in love with since age eleven. It will be something of a challenge to learn the specific musical parts for each song and to quell the urge to sing all other characters’ parts simultaneously as she has been doing for so long! 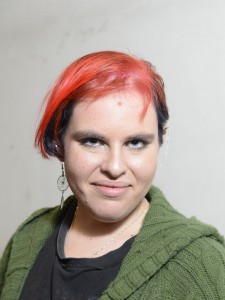 It has been a “musical” year for shlomit, while doing this spectacular show, she started her freshman year at jamd,  and sings with a band at LENAGEN BEKEF in klal. in the beginning of the year she got certified to be a makeup artist through Ill.makiage. Latest projects include Little Shop of Horrors, Oliver, and Man from Earth. Always looking for challenges and creative collaborations! 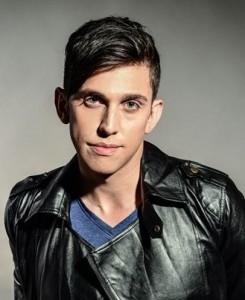 is a published song writer and singer. He studied Meisner acting in NYC’s legendary Esper studio and has had leading roles in theater, television and cinema. He’s happy to reprise his role as Roger in the Jerusalem production of RENT. 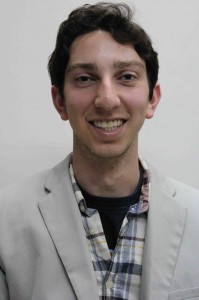 Stephen MSc, is super excited to once again have the opportunity to spend his long winter nights singing and dancing with some of the most incredible people around. RENT really hits home, because, well, we live in Jerusalem, so we can all sympathize with the difficulties of finding affordable housing. 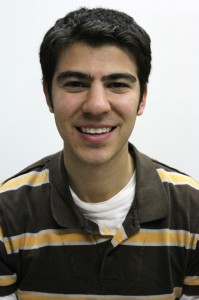 has recently returned home after four busy months in New York City where he completed an internship in the Spokesperson’s Office at Israel’s Mission to the United Nations, saw many Broadway shows and did very little else. He completed a Master’s degree in political science at Hebrew U and worked in media relations at Yad Vashem. His previous credits include A Chorus Line (Don Kerr), Little Shop of Horrors (additional roles & puppeteer) and Hairspray (Fender). 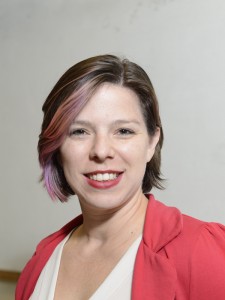 is excited to join the Starcatcher family for the first time. Previous stage productions in Israel, the USA and London include: Annie Get Your Gun, Dead Man’s Cellphone, Oliver!, Fame, Guys and Dolls, A Midsummer Night’s Dream, Peter Pan and The Wizard of Oz. Noa is finalizing her Law degree and works at the Jewish Agency in the Shlichut department. 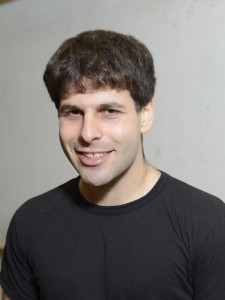 Born and raised in Jerusalem, Jonathan is a Computer Science doctoral student and teacher at the Hebrew University. He is very excited to participate in RENT, his third show after My Fair Lady and Gondoliers. When not rehearsing, Jonathan coaches the Israeli national team for the International Olympics in Informatics. 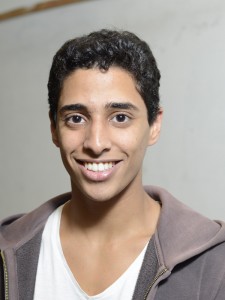 a native Israeli, is 18 and just graduated from Hartman High School. He is currently taking a year off to relax before he is drafted this summer. He has performed in Israel, Japan and the UK with The Jerusalem Youth Chorus. Evyatar is new to the Jerusalem’s Musical theater community, and currently participating in his first show, Beauty and the Beast with Beit Hillel. He’s very excited to be singing “Seasons of Love” and all the other amazing songs in Rent. 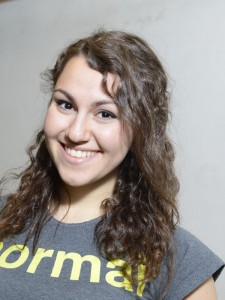 17, is working as a teachers assistant in an elementary school for her Sherut Leumi. She has performed in several productions in Jerusalem with Beit Hillel, J-Town Playhouse and now for the first time, Starcatcher! You might recognize her from Les Miserables, Guys and Dolls, Oliver (Hillel) or as Mulan in the very original production, Second Star to the Left. During Chanukah you can see her galavanting around the stage as the “Wardrobe” in Hillel’s Beauty and the Beast. 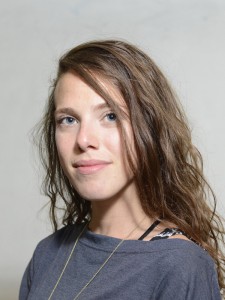 has been acting, dancing and singing ever since she can remember. She majored in Theater in High school and was part of the dance team and the vocal ensemble. She is a graduate with a B.A in Theater from the Hebrew University, a theater teacher in elementary schools in Jerusalem and a coordinator of a community theater program with senior citizens in the city. 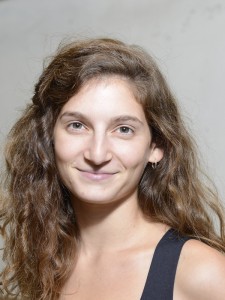 is enthusiastic about jumping over the moon. Shayna is classically trained and has performed as soloist with several orchestras in Israel and in Europe. She has also participated in Ra’anana musical theatre since the age of 14, in the roles Jo March (Little Women), Sally Brown (You’re a good Man Charlie Brown) and Baker’s Wife (Into the Woods). By day, Shayna is a project manager in a High-Tech company in Tel Aviv. 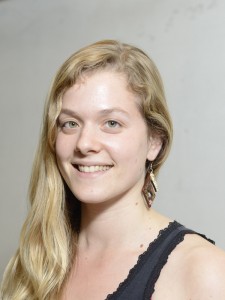 is 24 years old and is a member of the Dror Israel Movement. Over the past few years she has been working in educational and community projects with youth. Omer has been taking dance lessons since she was 12. She has participated in dance performances and in musical theatre groups from a young age. She is thrilled with the opportunity to sing and dance on stage in Rent – her favorite musical.

← They call MeMe Meet the Crew →
Welcome to the Starcatcher blog! Read all about our shows, actors, audition tips and more...